The Return of the Pleiades (In the Physical)

May 19, 2014 at 9:47am Philadelphia time. We were walking when behind our backs appeared a very large white Owl. The bird did not make a sound. Just the feeling that something was behind caused us to turn around.

The very large white Owl was too large to be flying beneath the trees and the Owl extended its wings (in a clearing) for a moment, and then fly towards the west. We thought maybe this was an angel or archangel because of its large size.

We thought the bird was the soul of a family member because we had the funeral service for a family member that morning but the bird was just too large, and though owls are associated with bringing or carrying the dead to heaven.  This was more than that. Today when we awoke to start the day it was 5:20 am on May 20, 2014 or 777. 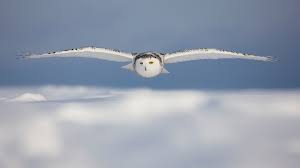 We remember reading statements from Anna Merkaba that spoke of the Return of the God Pleiades High Council dated January 23, 2014.

Every known culture on the planet Earth has a creation story or narrative about the Pleiades and the 7 Sisters:

This depictions is more representative of what we witnessed. The return of the God/dess.

The Pleiades was clearly revered also by the Mayans, who in the area of Chichen Itza knew that the Sun casts a snake-like shadow on the side of the north stairway of the Kukulcan pyramid during the spring equinox. Some scholars have calculated that about 60 days after this shadow’s appearance, when the sun reaches its zenith over the Pyramid at mid-day (May 20 – May 23), there is another direct alignment with the Pleiades. This Pleiades-sun alignment may have a direct connection with Quetzalcoatl, the feathered serpent that came to bring a greater wisdom to the planet.
The ancient Egyptians also singled out the Pleiades as a female goddess, probably most often recognized as Neith, the “divine mother”, or Hathor, who took on the form of a cow (who carried the seeds of life). Pyramidologists working in Egypt in the last twelve years have found pyramidal texts that suggest the Egyptians revered the Pleiades as a higher divine star system, especially Alcyone, its brightest star.
As we will see from Native American mythology surrounding the Devils Tower are very common;
Cheyenne adopted many rituals from entrapping eagles to obtain the feathers that the chiefs wore, to the folklore tales of Sweet Medicine, and White Buffalo Calf Woman, who visited Devils Tower, who was hailed as a great prophets who foretold the dire consequences of the white man for the Cheyenne, including the extermination of the buffalo, and introduction of horses and cattle. Sweet Medicine claimed that the “Sacred Ones’ who live on Devils Tower handed the laws to him through his shamanistic skills. 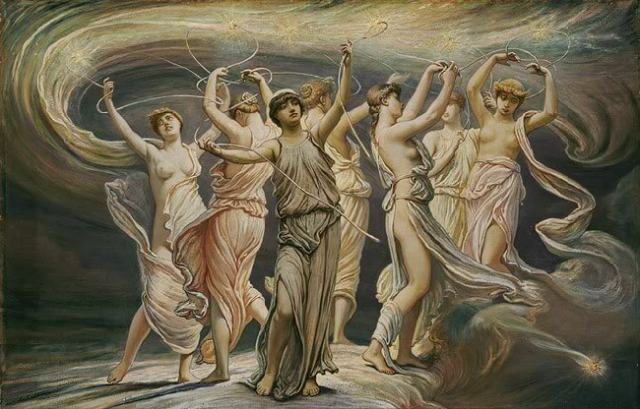 Mel Brake is an awarding winning Philadelphia based poet/singer/song writer, whose poetry has appeared in several media outlets and journals, including Philadelphia Poets 2007, 2008 and 2009, Mad Poets Review, Fox Chase Review, and The Philadelphia Bulletin. In addition, Long Island Sounds: An Anthology of Poetry, Writing Outside The Lines (WOSTL) Anthology, Word Riot Magazine, The New Verse News, Word Salad Magazine and Poetry Ink 2010 has published his works. Recently, his band, the Mel Brake Family Band performed a benefit concert at Cross Road Café in Delaware County. He is the Founder and Executive Director of MPW, a non-profit organization, focusing on using the arts to reach children in the Tri-state area. In addition, his first chapbook, “Obama Poetry Project” is available at: MelBrakEpress.blogspot.com.
View all posts by melbrake →
This entry was posted in Uncategorized and tagged Anna Merkaba, God Pleiades High Council, large white Owl, May 20-23, Mel Brake 2014, Native American Pleiades, Pleiades, Return of the Goddess, The Pleiades, The White Owl, white Owl. Bookmark the permalink.

1 Response to The Return of the Pleiades (In the Physical)