Some are saying the the beaching and death of 150 dolphins in Ibaraki Prefecture is a sign of a very large earthquake in Japan as was predicted March 2011 of the 9.0 Japan earthquake.

The scientific  reason for the beaching is unknown as this time.

However, social media users recalled a similar incident occurred a week before the March 11, 2011 earthquake that resulted in a devastating tsunami that killed tens of thousands of people. About 50 electra dolphins were washed ashore in a similar area on March 3, 2011. 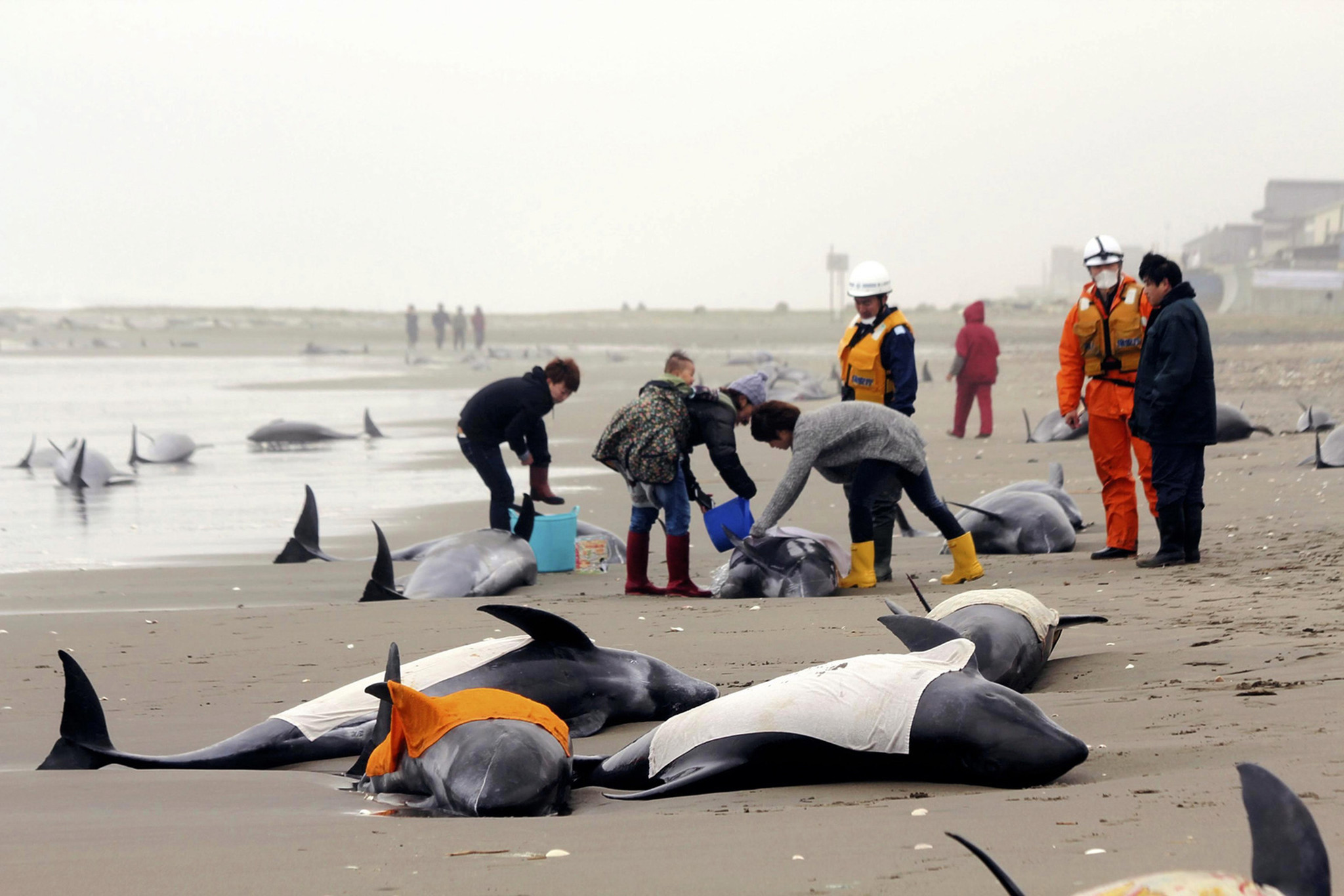 Today, we wrote a post about prophecies of earthquakes in Japan.

Other mystics have reported this year that Japan will experience another major earthquake very soon.

Pray for Japan, the whip in its power is and will be an obvious cause of contamination for My children. (Light of Mary, March 30, 2015)

Mel Brake is an awarding winning Philadelphia based poet/singer/song writer, whose poetry has appeared in several media outlets and journals, including Philadelphia Poets 2007, 2008 and 2009, Mad Poets Review, Fox Chase Review, and The Philadelphia Bulletin. In addition, Long Island Sounds: An Anthology of Poetry, Writing Outside The Lines (WOSTL) Anthology, Word Riot Magazine, The New Verse News, Word Salad Magazine and Poetry Ink 2010 has published his works. Recently, his band, the Mel Brake Family Band performed a benefit concert at Cross Road Café in Delaware County. He is the Founder and Executive Director of MPW, a non-profit organization, focusing on using the arts to reach children in the Tri-state area. In addition, his first chapbook, “Obama Poetry Project” is available at: MelBrakEpress.blogspot.com.
View all posts by melbrake →
This entry was posted in Uncategorized and tagged Dolphins Beaching Japan, Earthquakes, https://melbrake.wordpress.com, Japan Earthquake, Japanese folklore the Oarfish, Luz de María de Bonilla, March 2011, Mel Brake 2015, Mel Brake Prophecy, RTnews.com. Bookmark the permalink.