This morning I woke up with a gun to my ass

In this situation fear is your friend and your enemy

Fear shouts do not die but live

Fear fights to keep me alive

But does fear have my best interest at heart

Living may not be the best choice because

I would become his victim for life

I am his play toy and play thing for life

I would be his more than his victim 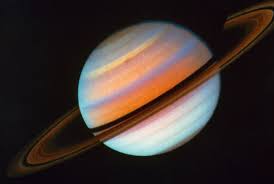 They say that your life flashes before you

But so did my ass

I began to say them to myself

And I added my own newer but familiar ones

Nobody cares for me

I am a loser

I am undeserving of love and happiness

But deep within me

Four planets made themselves in a square or mutable cross

Time for me to grow or die

I choice to die

To die to fear

To die to unwanted demands

To die to others bullshit

To die from just making it

To die to just getting along

To die to the thoughts and opinions of others

To die to working all day

To die from being tired of working all day

To die from not believing in myself

To die from helping others who take and never give

To die from being nice

To die from holding myself back

To die from ass kissing

To die from giving up my power and authority to others

To die from wanting to be liked

To die from not loving and respecting myself

Because my time had come to its end

Because through my death comes new life

Because through my death comes a new start

Because through my death comes a new beginning

Comes a deepening and satisfied feeling of what do I value

Comes a deepening and satisfied feeling of where I am

Mel Brake is an awarding winning Philadelphia based poet/singer/song writer, whose poetry has appeared in several media outlets and journals, including Philadelphia Poets 2007, 2008 and 2009, Mad Poets Review, Fox Chase Review, and The Philadelphia Bulletin. In addition, Long Island Sounds: An Anthology of Poetry, Writing Outside The Lines (WOSTL) Anthology, Word Riot Magazine, The New Verse News, Word Salad Magazine and Poetry Ink 2010 has published his works. Recently, his band, the Mel Brake Family Band performed a benefit concert at Cross Road Café in Delaware County. He is the Founder and Executive Director of MPW, a non-profit organization, focusing on using the arts to reach children in the Tri-state area. In addition, his first chapbook, “Obama Poetry Project” is available at: MelBrakEpress.blogspot.com.
View all posts by melbrake →
This entry was posted in Uncategorized and tagged American Astrology, American Poetry, American Poetry (death), https://melbrake.wordpress.com, Mel Brake 2016, Mel Brake poetry, Melbrake.wordpress.com, Poems about astrology, Poems about birth, Poems about death, Poems about Saturn. Bookmark the permalink.