November 29-30, 2016  The Black Moon-New Moon conjuncts with Antares in Sagittarius.

A new moon is when the sun and moon conjunct and the earth receives energy from a new beginning and new season for planting or seeding new ideas.

Last night I received a message about a bright red star that come through a portal, the star was very large and explosive, and I believe that star to be Antares or the Red Dragon. (The title says black dragon because Antares is in Scorpio Constellation)

Antares came through a portal as the black moon-new moon is a time portal opening and Sagittarius Constellation is a portal opening as well. In the dream, a man held a magic wand. One of the attributes of the fixed star Antares is that its the star of desire, it the red star. The Santa Claus star. 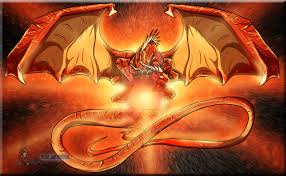 But be mindful, too, because, Antares is known as the anti-mars:

“It causes malevolence, destructiveness, liberality, broad-mindedness, evil presages and danger of fatality and makes its natives rash, ravenous, headstrong and destructive to themselves by their own obstinacy.”

Antares is the fixed star for the western heavens which is ruled by Archangel Uriel, the angel of red fire and of Wisdom or Wishdom.

Mel Brake is an awarding winning Philadelphia based poet/singer/song writer, whose poetry has appeared in several media outlets and journals, including Philadelphia Poets 2007, 2008 and 2009, Mad Poets Review, Fox Chase Review, and The Philadelphia Bulletin. In addition, Long Island Sounds: An Anthology of Poetry, Writing Outside The Lines (WOSTL) Anthology, Word Riot Magazine, The New Verse News, Word Salad Magazine and Poetry Ink 2010 has published his works. Recently, his band, the Mel Brake Family Band performed a benefit concert at Cross Road Café in Delaware County. He is the Founder and Executive Director of MPW, a non-profit organization, focusing on using the arts to reach children in the Tri-state area. In addition, his first chapbook, “Obama Poetry Project” is available at: MelBrakEpress.blogspot.com.
View all posts by melbrake →
This entry was posted in Uncategorized and tagged #Antares, #ArchangelUriel, #AstrologyNovember2016, #BlackMoon, #FireAngel, #Fireelement, #FireSign, #FixedStarAntares, #Melbrake, #MelBrake2016, #Newmoon, #TheElements, Melbrake.wordpress.com. Bookmark the permalink.