When will the Earth’s Purification begin…

Most of the People of My Son await the beginning of the signs and signs that tell them that they are already in the Purification and I as a Mother, I mourn before such denial when looking at what is already happening in the whole Earth.

Children, the ravages of Nature, what science itself has not been able to explain by giving events that have not occurred before and unexpected signs, noises, changes in Nature and in men who do not want to look, who remain under the influence of the moon and the sun and of nature itself and the action of the devil in the face of the lack of God in man. -Light of Mary, November 21, 2017 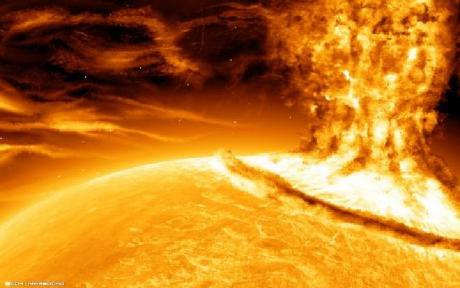 March 22, 2017 Mother Earth experienced a fast moving wave of energy from sources unknown and we believe that this was a part of the Purification that Light of Mary has been speaking about for some time. Others are calling this Wave X and by other names.

Prior to this fast moving way wave of energy, I had a vision that the east coast was supplanted and under water: powerful waves of energy.

“Pray My children, the depth of the earth has opened and from it will emanate what the man of this generation has not proven: purification.” Light of Mary, March 23, 2017

The solar wave of light energy was moving at the speed of 2,500,000 per hour which is an astonishing speed and this was also predicted by Michael Love who challenges Archangel Michael.

I personally experienced the light wave myself on March 22, 2017 and it literally…