A very curious  sign appeared in a crop circle on July 29, 2018 and for all intent and purposes, the crop circles points to an 8-pointed star but it seemed that the message in the crop circle was focusing on the number 7, and in fact three 7s or periods of 7s.

The very center of the crop circle has three circles that expand outward as the circle moves out from the center which is not usual but the three circles have ratchets or gears that indict some type of timing or a date within the circles.

The circle is one of three Hackpen Hill crop circles in the UK this year that has focused on the Anunnaki and their return.

The three ratcheted numbers are the cycle of the Moon’s orbit around the Sun which takes approximately 29.5 days or 29 days on average. 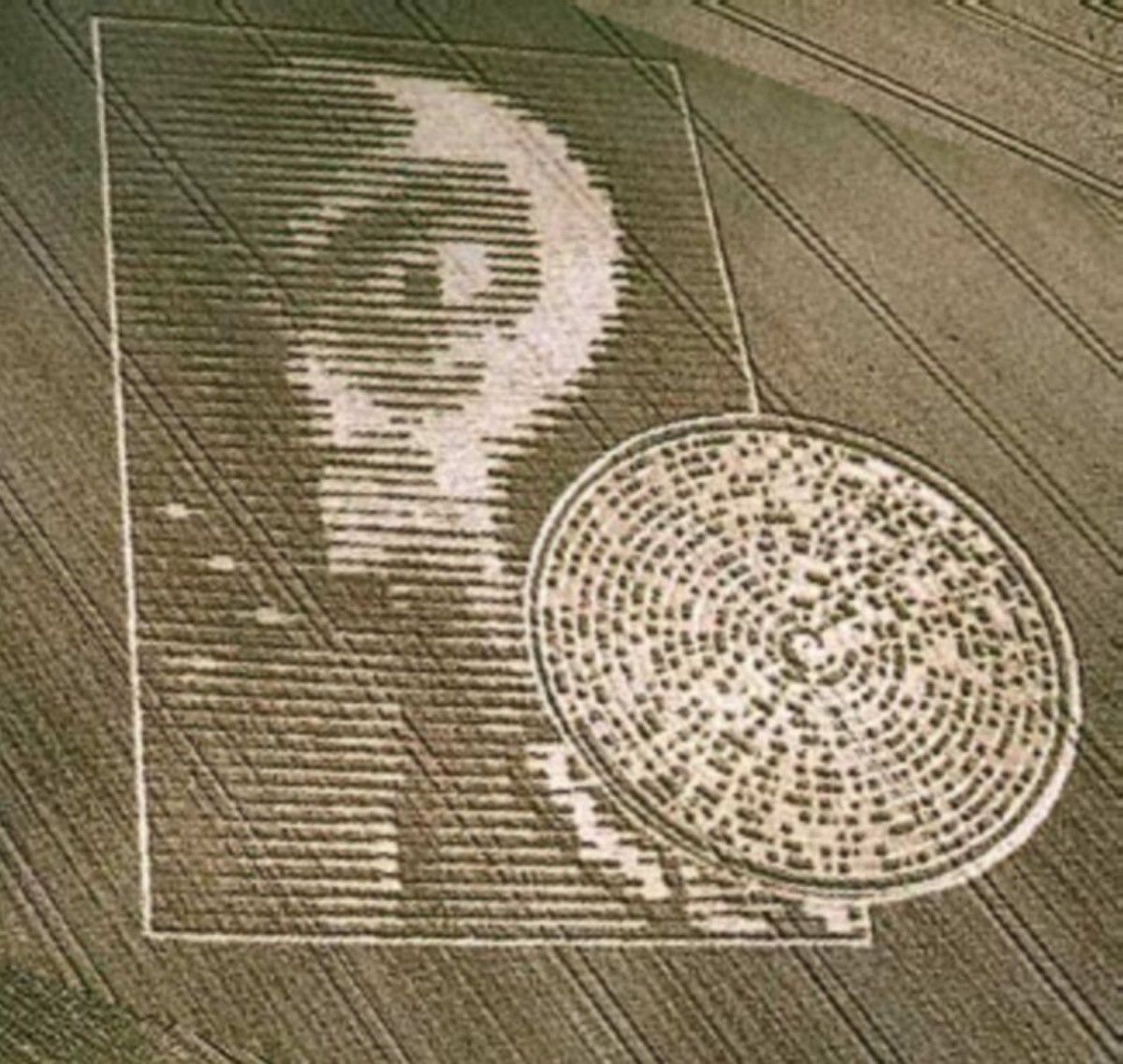 The figures in the crop circle appears to be Alien Faces in nature.

The third Hackpen Hill crop circle starts with the number 15, the number 21 is in the middle and the outer and larger circle is 29.

The phases of the moon can be divided by the number seven or 28 days and four segments or days of 7 days in each segment.

We just experience the Total Lunar Eclipse on July 27, 2018 and the crop circle is suggesting that in 29.5 days or 29 days another celestial event may take place as well.

Following intelligence from the crop circle within 15 days of the crop circle appearance (July 29th) is the next eclipse: Solar Eclipse in Leo at 18 degrees and 42 minutes on August 11, 2018 or the New Moon.

But what is the message in the third Hackpen Hill crop circle that another major celestial event  of an  8-pointed star may arrive on the date of August 28, 2018.

Mel Brake is an awarding winning Philadelphia based poet/singer/song writer, whose poetry has appeared in several media outlets and journals, including Philadelphia Poets 2007, 2008 and 2009, Mad Poets Review, Fox Chase Review, and The Philadelphia Bulletin. In addition, Long Island Sounds: An Anthology of Poetry, Writing Outside The Lines (WOSTL) Anthology, Word Riot Magazine, The New Verse News, Word Salad Magazine and Poetry Ink 2010 has published his works. Recently, his band, the Mel Brake Family Band performed a benefit concert at Cross Road Café in Delaware County. He is the Founder and Executive Director of MPW, a non-profit organization, focusing on using the arts to reach children in the Tri-state area. In addition, his first chapbook, “Obama Poetry Project” is available at: MelBrakEpress.blogspot.com.
View all posts by melbrake →
This entry was posted in Uncategorized and tagged #AlienCropCircle, #August2018, #August26th, #AugustFullMoon, #HackpenHill, #HackpenHillCropCircle, #Melbrake2018, #Melbrakewordpresscom, #Nibiru, #PlanetNibiru, #PlanetoftheCrossing, #PlanetX, #TheAnunnaki. Bookmark the permalink.