The Return of the Pahana: The White Brother and The Sixth Sun 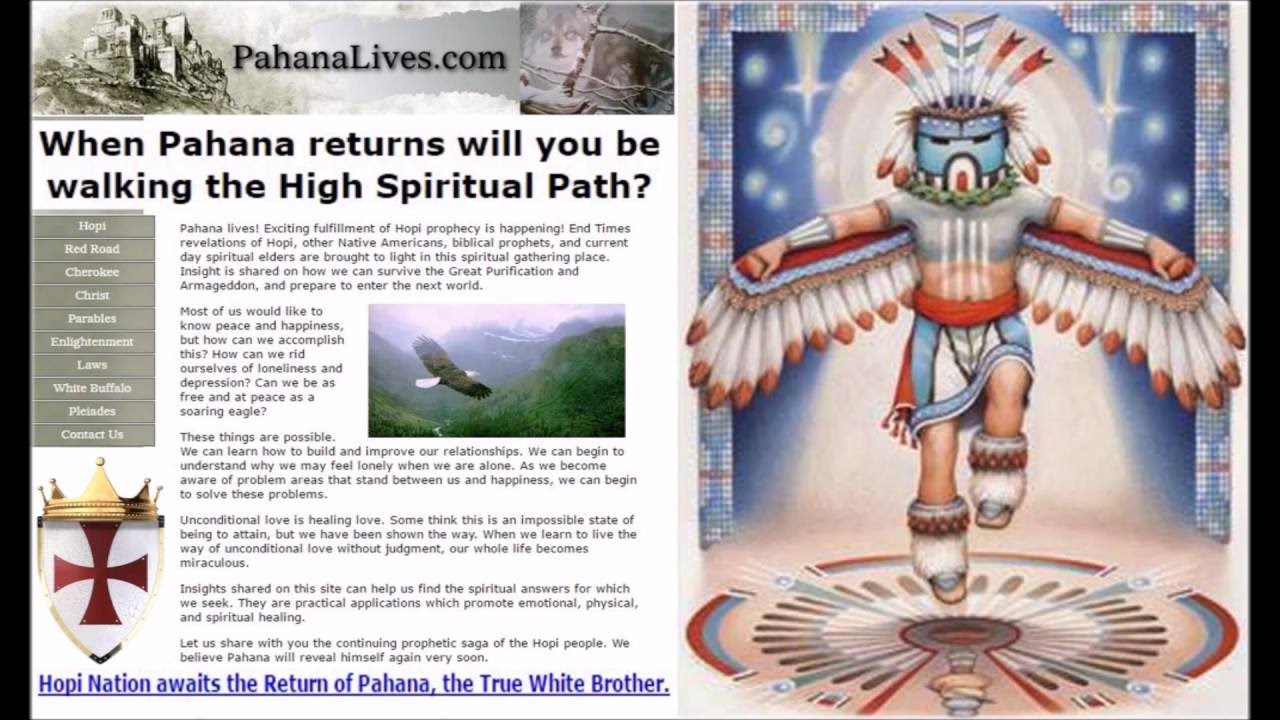 With the 2018 Crop Circle season coming to a close, we were very happy to study one additional crop circle that appeared today August 10, 2018.

The crop circle is very large and covers at least six tramlines and particular when its harvesting season in England.

The Mixon August 10th crop circle referencing the coming of the Sixth Sun and the Return of the Pahana who was foretold by Native People in America and South America.

The Pahana is known by many names: The True White Brother by the Hopi, Quetzalcoatl by the Mayans and the Hopi Blue Star Kachina.

An ancient Hopi Indian prophecy states, “When the Blue Star Kachina makes its appearance in the heavens, the Fifth World will emerge”. This will be the Day of Purification. The Hopi name for the star Sirius is Blue Star Kachina. It will come when the Saquasohuh (Blue Star) Kachina dances in the plaza and removes its mask. “These are the Signs that great destruction is coming. The world shall rock to and fro. The white man will battle against other people in other lands — with those who possessed the first light of wisdom. There will be many columns of smoke and fire such as White Feather has seen the white man make in the deserts not far from here. Only those which come will cause disease and a great dying. Many of my people, understanding the prophecies, shall be safe. Those who stay and live in the places of my people also shall be safe. Then there will be much to rebuild. And soon — very soon afterward — Pahana will return. He shall bring with him the dawn of the Fifth World. He shall plant the seeds of his wisdom in their hearts. Even now the seeds are being planted. These shall smooth the way to the Emergence into the Fifth World. 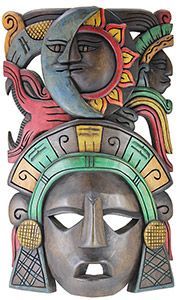 “But White Feather shall not see it. I am old and dying. You — perhaps will see it. In time, in time…”

The Mask or The Face of the crop circle.

The crop circle is ripped with the number 7s and 3s.

And 6 larger circles. The number 7 for the Seven Generation Prophecy:

Mohawk Prophecy of the Seventh Generation

According to the prophecy of the Seventh Generation, seven generations after contact with the Europeans the Onkwehonwe would see the day when the elm trees would die. The prophecy said that strange animals would be born deformed and without the proper limbs. Huge stone monsters would tear open the face of the earth. The rivers would burn. The air would burn the eyes of man. According to the prophecy of the Seventh Generation the Onkwehonwe would see the time when the birds would fall from the sky. The fish would die in the water. And man would grow ashamed of the way that he had treated his Mother and Provider, the Earth.

Finally, according to this prophecy, after seven generations of living in close contact with the Europeans, the Onkwehonwe would rise up and demand that their rights and stewardship over the Earth be respected and restored.

According to the wisdom of this prophecy, men and women would one day turn to the Onkwehonwe for both guidance and direction. It is up to the present generation of youth of the Kanienkehaka to provide leadership and example to all who have failed. The children of the Kanienkehaka are the seventh generation.

And the number 3 for when each cycle of the New Age begins every 2,160 years.

And the 6 larger circles represents the Sixth Sun or Six Suns.

Also, the crop circle connects the alignments of the Moon, Earth and Sun (Partial Solar Eclipse August 11-12, 2018) and Venus alignment with the Moon (August 13, 2018, the Day of the Sixth Sun).

Mel Brake is an awarding winning Philadelphia based poet/singer/song writer, whose poetry has appeared in several media outlets and journals, including Philadelphia Poets 2007, 2008 and 2009, Mad Poets Review, Fox Chase Review, and The Philadelphia Bulletin. In addition, Long Island Sounds: An Anthology of Poetry, Writing Outside The Lines (WOSTL) Anthology, Word Riot Magazine, The New Verse News, Word Salad Magazine and Poetry Ink 2010 has published his works. Recently, his band, the Mel Brake Family Band performed a benefit concert at Cross Road Café in Delaware County. He is the Founder and Executive Director of MPW, a non-profit organization, focusing on using the arts to reach children in the Tri-state area. In addition, his first chapbook, “Obama Poetry Project” is available at: MelBrakEpress.blogspot.com.
View all posts by melbrake →
This entry was posted in Uncategorized and tagged #Hopiprophecy, #Melbrake2018, #Melbrakewordpresscom, #SixthSun, #TheBlueStarKachina, #TheTrueWhiteBrother, Pahana. Bookmark the permalink.

1 Response to The Return of the Pahana: The White Brother and The Sixth Sun