September 9, 2018 is the final countdown to a cosmic portal opening. On that day in numerology will be the number 9-9-9 and 9-9-9 is the final number in a the serious numbers that we use today. 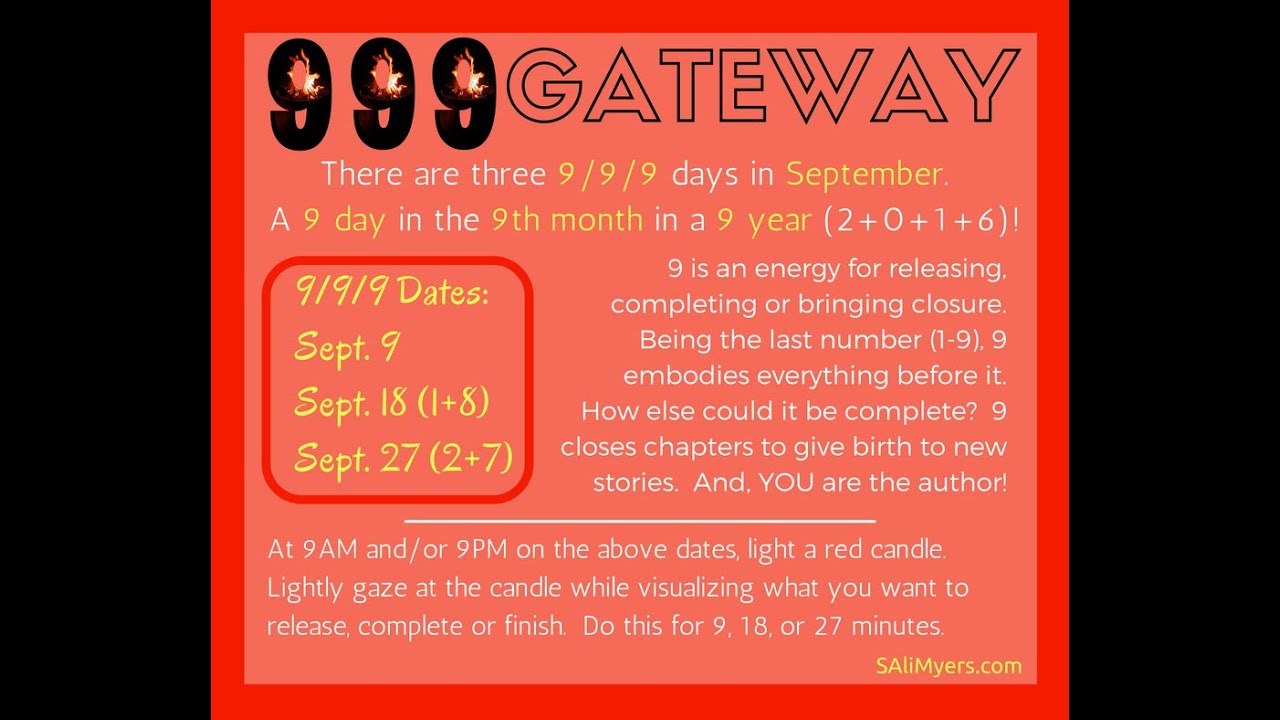 9 represents the highest level that one can achieve when counting and its the highest point like climbing Mt Everest and after that there is no where else to go but downward or through another portal. A new begin.

September 9, 2018 is also a New Black Moon in the Virgo Constellation when the Moon and the Sun are joined in a marriage.

The Jewish New Year is also on September 9, 2018 when the year will be 5779 and some are saying that this is the completion of another Solar Cycle for the Earth. Rosh Hashanah or Feast of the Trumpets is part of ten day festival of penitence leading up to Yom Kippour

On September 9-10, 2018 a very large comet will appear in the Earth skies: Comet 21P/GIACOBINI-ZINNER.

Comets are the indicators of the start of new events or new starts and new beginnings because something else has passed away or dead.

September 9, 2018 is pointing very strongly to something new will take place because with the portal opening  as we are at another end of a major cycle in human history.

Mel Brake is an awarding winning Philadelphia based poet/singer/song writer, whose poetry has appeared in several media outlets and journals, including Philadelphia Poets 2007, 2008 and 2009, Mad Poets Review, Fox Chase Review, and The Philadelphia Bulletin. In addition, Long Island Sounds: An Anthology of Poetry, Writing Outside The Lines (WOSTL) Anthology, Word Riot Magazine, The New Verse News, Word Salad Magazine and Poetry Ink 2010 has published his works. Recently, his band, the Mel Brake Family Band performed a benefit concert at Cross Road Café in Delaware County. He is the Founder and Executive Director of MPW, a non-profit organization, focusing on using the arts to reach children in the Tri-state area. In addition, his first chapbook, “Obama Poetry Project” is available at: MelBrakEpress.blogspot.com.
View all posts by melbrake →
This entry was posted in Uncategorized and tagged #999, #CometGiacobiniZinner, #JewishNewYear, #Melbrake2018, #Melbrakewordpresscom, #SeptemberAstrology2018, Numerology. Bookmark the permalink.