After the deadly Hurricane Michael torn through Florida’s Panhandle, a purple light had descended onto the land. Some say that the purple violet light is The Violet Flame of Transmutation. Of course, its very interesting that Hurricane Michael hit the US on October 10, 2018 or 10/10 and 10/11. 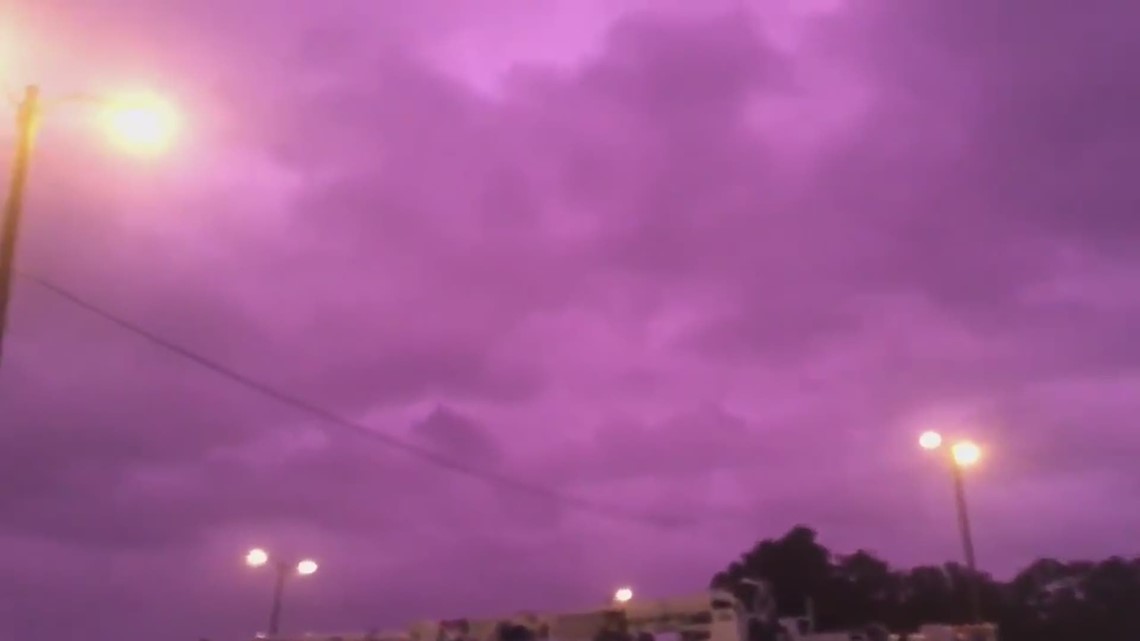 Many were calling October 10, 2108 The Event. I believe that this is partly true as the night before when I woken from my sleep and I saw a serious of whirling lights with deep purples and blues.

There is a Massive wave of Gold/Violet frequency passing through at the moment.

This is one of the new Angelic frequencies that is forming the basis of the New Earth. As we head towards the 10/10 and the 11/11 we can expect these waves to intensify.

Those of you who are “tuned” to New Earth will be feeling changes in your Pineal/Pituitary gland frequencies that may also be accompanied by physical symptoms such as head and neck pain, dizziness and exhaustion. This is a Major Rewiring and can cause major physical shifts, which I have been feeling so much I have been unable to write about it.

Just know that as the Pineal is opened and enlarged for the New Earth it is becoming twice the size it was before. It is also “spinning” energetically twice as fast. And at the same time it is creating a web of light around the head that is becoming the “Crown of Gold” that receives and transmits the Angelic Frequencies of the New Earth.

And don’t get caught up in the drama of old earth….it really is empty and meaningless.

Focus on what you are creating now and keeping your balance in the New Earth grids.

Mel Brake is an awarding winning Philadelphia based poet/singer/song writer, whose poetry has appeared in several media outlets and journals, including Philadelphia Poets 2007, 2008 and 2009, Mad Poets Review, Fox Chase Review, and The Philadelphia Bulletin. In addition, Long Island Sounds: An Anthology of Poetry, Writing Outside The Lines (WOSTL) Anthology, Word Riot Magazine, The New Verse News, Word Salad Magazine and Poetry Ink 2010 has published his works. Recently, his band, the Mel Brake Family Band performed a benefit concert at Cross Road Café in Delaware County. He is the Founder and Executive Director of MPW, a non-profit organization, focusing on using the arts to reach children in the Tri-state area. In addition, his first chapbook, “Obama Poetry Project” is available at: MelBrakEpress.blogspot.com.
View all posts by melbrake →
This entry was posted in Uncategorized and tagged #Florida, #HurricaneMichael, #Melbrake2018, #Melbrakewordpresscom, #PurplePanhandle, #Purplesky. Bookmark the permalink.