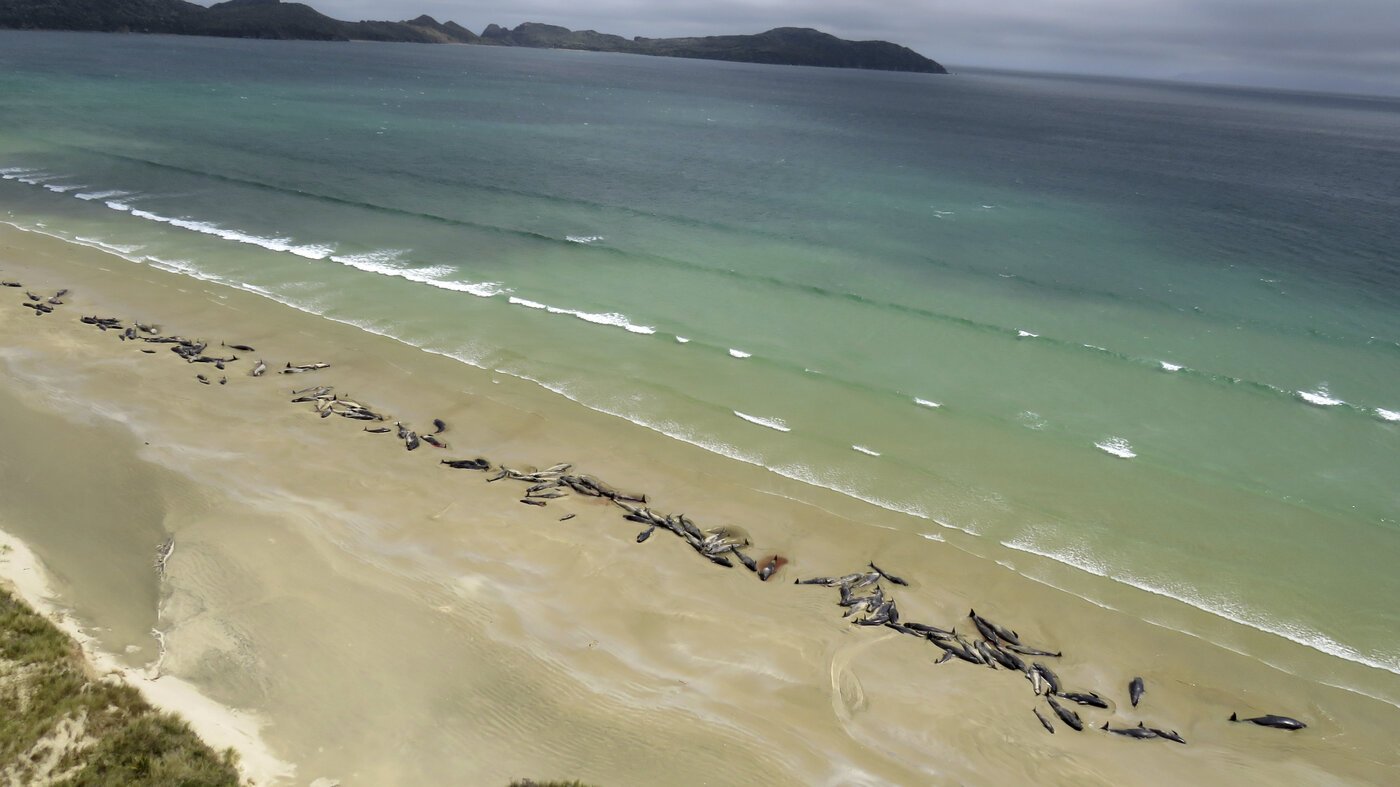 Last Saturday in New Zealand 145 pilot whales were beached on the shore at Steward Island. The number of pilot whales that came ashore is nearly as twice the number of inhabitants on the island.

This could be an ecological disaster for Steward Island but what may have lead to this series of events.

“Factors can include sickness, navigational error, geographical features, a rapidly falling tide, being chased by a predator, or extreme weather,” the New Zealand Department of Conservation explained. “More than one factor may contribute to a stranding.”

For centuries, scientists have stated animals are more in tune with the Earth than we are, leading many to believe that the mass-beaching of whales on New Zealand’s South Island is a forecast for an impending quake.

In the weeks before the earthquake in the Indian Ocean which triggered the catastrophic Boxing Day tsunami in 2004, which killed more than 230,000 people, more than 170 whales washed up on the shores of Australia and New Zealand.

In early December 2004, just weeks before the tsunami, Dr Arunachalam Kumar, professor at Kanachur Medical College in India posted this chilling premonition: “It is my observation, confirmed over the years, that mass suicides of whales and dolphins that occur sporadically all over the world, are in someway related to change and disturbances in the electromagnetic field coordinates and possible realignments of geotectonic plates thereof.

Could the pilot whales have lost their way with changes in the Earth’s magnetic fields, and could these changes lead to greater earthquakes for the planet.

Last year February 2017, about 400 pilot whales came aground in New Zealand as well.  And larger earthquakes did follow in pursuit later in the year.

Mel Brake is an awarding winning Philadelphia based poet/singer/song writer, whose poetry has appeared in several media outlets and journals, including Philadelphia Poets 2007, 2008 and 2009, Mad Poets Review, Fox Chase Review, and The Philadelphia Bulletin. In addition, Long Island Sounds: An Anthology of Poetry, Writing Outside The Lines (WOSTL) Anthology, Word Riot Magazine, The New Verse News, Word Salad Magazine and Poetry Ink 2010 has published his works. Recently, his band, the Mel Brake Family Band performed a benefit concert at Cross Road Café in Delaware County. He is the Founder and Executive Director of MPW, a non-profit organization, focusing on using the arts to reach children in the Tri-state area. In addition, his first chapbook, “Obama Poetry Project” is available at: MelBrakEpress.blogspot.com.
View all posts by melbrake →
This entry was posted in Uncategorized and tagged #BeachWhales, #EarthChanges, #Earthquake, #Earthquakepredictions, #ElectricMagneticGrid, #LargeQuakes, #LightofMary, #Melbrake2018, #Melbrakewordpresscom, #NewZealand, #PilotWhales, Earthquakes. Bookmark the permalink.