Much has been written about the Christmas Comet which is at its closest the Earth on December 16, 2018.

Known scientifically as 46P/ Wirtanen, the comet returns to Earth every 5 and 1/2 years or last seen around 2012.

In 2012, when the Christmas Comet passed through it caused meteor showers on Earth. 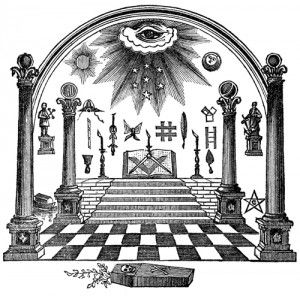 Other notable stars are making statements and alignments with that famous Mason Checker board image.

The Sun enters the border of the 13th constellation on November 30 through December 18th. The Sun, Jupiter and Mercury are in alignment with in the 13th constellation as Jupiter rises before the Sun on December 15, 2018.

Opposition the Ophiuchus Constellation alignment: the Pleiades, Aldebaran, Orion Constellation and the Earth and Moon are in alignment and the Christmas Comet is smack in the middle on December 16, 2018.

Some say that on December 15, 2018 is an illumination day when the Second Sun rules for the day and much like the winter months, the death and re-birth of Orion and in some mystical traditions the Roman celebration of this event in Saturnalia which also begins December 17th.

DECEMBER 15TH DAY OF OPHIUCHUS AND THE RA LIGHT OF THE SECOND SUN
OPHIUCHUS IS THE THIRTEENTH SIGN IN THE ZODIAC BETWEEN SCORPIO AND SAGITTARIUS, IT IS SIGHTED BEFORE THE SUN ON THIS DAY. THE STAR SYSTEM OF OPHIUCHUS IS THE SERPENT BEARER, AND EXTENDS INTO THE RICH STAR FIELDS OF THE MILKY WAY LOOKING TOWARDS THE GALACTIC CENTRE. OPHIUCHUS IS OPPOSITE ORION IN THE HEAVENS AND WHEN WE HAVE MOVED BEYOND DUALITY AND UNIFIED THE SERPENT RISES WITHIN US, THE KUNDALINI, UP THE 22 VERTEBRAE, THE 22 INITIATIONS AND IS ILLUMINATED OUT THE CROWN. WE BECOME OUR BODY OF LIGHT AND MASTER OF OUR MOLECULES.
OPHIUCHUS IS THE NEXT INITIATION AFTER WE HAVE WORKED THROUGH THE DUALITY DRAMAS THAT THE ORION GAVE US AND THE 11:11 DOORWAY IS COMPLETED. IN ORION WE EXPERIENCED DUALITY AND BIRTH AND DEATH, IN OPHIUCHUS WE EXPERIENCE LIFE, PHYSICAL IMMORTALITY AND BEING OUR BODY OF LIGHT FULLY PRESENT IN A BODY.
AS THE RA LIGHT FROM THE SECOND SUN INTENSIFIES.
THE RA LIGHT ACTIVATES AND ILLUMINATES THE CHAKRAS TO ONE CHAKRA, THE KUNDALINI FLOW ALL ONE WITH THE UNIVERSAL AND COSMIC FLOW. THE DNA STRANDS AWAKENING THE DIVINE BLUEPRINT.

BE OPEN AND LIE ON THE EARTH IF POSSIBLE SKIN TOUCHING THE EARTH AND RECEIVE THE LIGHT CODES FROM THE EARTH, THE DNA ACTIVATES WITHIN YOU AND THE EARTH ALL ONE. GROUNDING THE RA LIGHT ILLUMINATING FROM THE SECOND SUN.
THIS DAY ASSISTS HUMANITY TO RISE OUT OF THE UNDERWORLD AND THE DESIRE BODY, OUT OF THE ILLUSION OF SURVIVAL AND LACK AND INTO TOTAL TRUST IN THE CREATOR, DIVINE LOVE FROM WITHIN OUR HEART AND THE SOURCE OF ALL. WE ARE THE CREATORS OF OUR WORLD AND BECOME A BEING WHO WALKS BETWEEN WORLDS, IN THE WORLD BUT NOT OF IT AS WE HAVE NO FEAR. WITH THE RA LIGHT ILLUMINATING US FROM THE SECOND SUN
AS WELL IT’S A GREAT TIME TO JUST BE,  RECEIVE AND GIVE INTO THE FLOW!

Mel Brake is an awarding winning Philadelphia based poet/singer/song writer, whose poetry has appeared in several media outlets and journals, including Philadelphia Poets 2007, 2008 and 2009, Mad Poets Review, Fox Chase Review, and The Philadelphia Bulletin. In addition, Long Island Sounds: An Anthology of Poetry, Writing Outside The Lines (WOSTL) Anthology, Word Riot Magazine, The New Verse News, Word Salad Magazine and Poetry Ink 2010 has published his works. Recently, his band, the Mel Brake Family Band performed a benefit concert at Cross Road Café in Delaware County. He is the Founder and Executive Director of MPW, a non-profit organization, focusing on using the arts to reach children in the Tri-state area. In addition, his first chapbook, “Obama Poetry Project” is available at: MelBrakEpress.blogspot.com.
View all posts by melbrake →
This entry was posted in Uncategorized and tagged #46Wirtanen, #ChristmasComet, #ChristmasStar, #Melbrake2019, #Melbrakewordpresscom, #MerryChristmas, #Saturnalia, #SecondSun, #StarofRa. Bookmark the permalink.