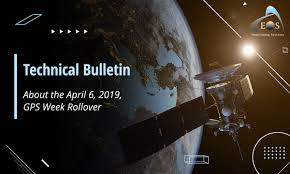 If you thought changing to Day Light Saving Time March 10, 2019 would cause you to be late for church on Sunday morning, then you need to think hard about driving or flying on April 6, 2019.

Millions of GPS systems will experience a rollover week or when the navigation reboots to zero.

April 06, 2019 sees the GPS network go through a mini “millennium bug” of its own because the week number will roll back to a zero. While this is a known issue arising from the way the system works, it’s recommended that those in charge of critical infrastructure which make use of GPS, along with other businesses and users who believe a malfunction would result in problems, to prepare for the event.

The US Department of Home Land Security issued a statement about GPS Roller Week April 2019: Memorandum_on_GPS_2019

Apparently, on the said date GPS systems will be turned off for new updates and software which are completed every 20 years. 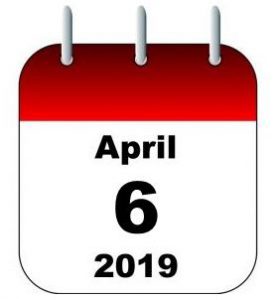 The first GPS satellites went live on 6 January 1980, meaning that the first epoch of GPS time lasted until 21 August 1999. We are now nearing the end of the second epoch, which will fall on the 6 April 2019. That means from that date onwards, we are likely to start seeing rollover problems in GPS receivers that aren’t programmed to cope with the week number reset.

The problem lies in the way GPS devices and satellites calculate time. Starting with the date of January 6, 1980, GPS devices count weeks, and the counting was originally contained in a 10-bit number field in the GPS device software. Two to the tenth power is 1,024, meaning that all GPS devices can count up to about 19.7 years — Aug. 21, 1999 when calculated from January 1980.

Secondarily, the World Magnetic Pole Model has shifted far beyond its predicted path that that a special meeting was held in Boulder, Colorado January 30, 2019 to make adjusts to it, those adjustments were not released to the public.

The rollover or reset could affect older navigation systems, such as ships or old aircrafts, though smartphones are expected to be unaffected due to modern hardware.